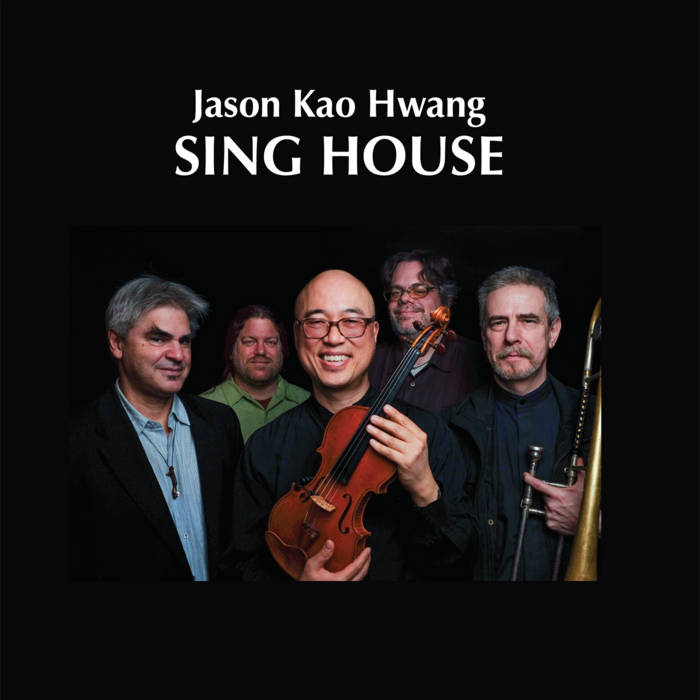 The breadth of influences that composer Jason Kao Hwang is able to call upon, and his willingness to leave wide open spaces within compositions for improvising, strikes the perfect balance between meticulous planning and breathless spontaneity...It’s this kind of daring that makes a Hwang album so thrilling—that sense of sharp intelligence and creative courage. - The Best Jazz on Bandcamp, May 2017

Sharp versus continuous. Forgotten and abiding. Diatonic into toneless. Juxtaposition defines “Dream Walk,” a 12-minute spree from the violinist Jason Kao Hwang’s latest album, “Sing House,” due May 5. His quintet jostles from occasional moments of unison playing into wide-burning group improvisations. Like much in Mr. Hwang’s catalog, this stuff feels both intensely personal and oddly mythic. The performance ends slowly, gravity setting in, a wafting sense of peace in lieu of resolution. - Giovanni Russonello, The New York Times

The music is a house, with the score’s quintessential melodies, rhythms, harmonies, and textures offering rooms in which musicians extemporaneously sing. In this dramatic architecture, the unique voice of each musician is empowered to individually interpret and also, transcend interpretation to become an originating spirit that is inextricably unified to the composition’s destiny. This is how music grows greater than the imagination of one to become a meta-language of memories, dreams, and hope.

Though this is the first CD of Sing House, my new quintet, we have worked together in various constellations for over ten years. Andrew and Ken were in my past quartet EDGE, and current octet Burning Bridge, project VOICE and string orchestra, Spontaneous River. Steve is also a member of Burning Bridge. Chris and I have performed as a duo and with Steve’s bands. My thanks to all of them and patrick brennan, for their friendship, creativity, and artistry. - Jason Kao Hwang